With Vinicius' goal, Real Madrid defeated Valladolid 1-0. The Brazilian teenager expressed satisfaction with the victory in the interview. 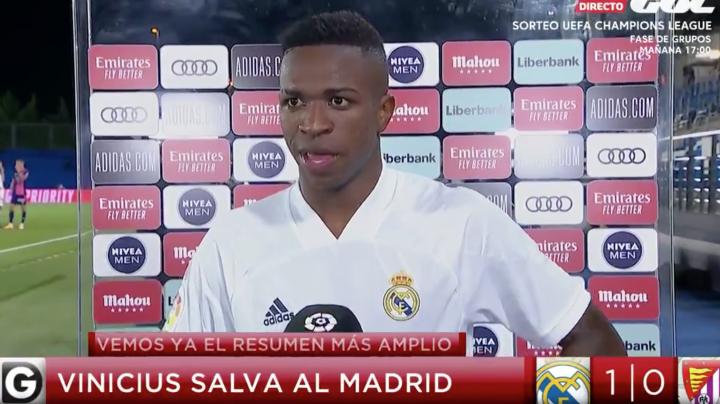 We were very satisfied with the victory because it was a difficult game. The first half was difficult. Our formation was the same as when we played Betis. The coach changed in the second half and sent Asensio and me, both of us. Let the game have some changes.

Before the start of the league, we did not play any pre-season games and had very little training. The first few games were difficult, and the important thing is to win.

This game is different from the one with Betis. In that game we have to be active in the middle. Today is a bit different, but the important thing is that regardless of the formation, we won two games. The formation used depends on our opponent.

We know that if we keep the door open, we will definitely win, because we have a lot of people in the frontcourt who can score. We will continue to improve our offense during the season.